I have an impression that those days of pilgrimage go by faster and faster despite the days getting longer and longer. In this part of north-western Spain the sunsets happen at around 7:00 pm now. How I love when the days get longer like this! You can sqeeze in a longer bike training after work. Obviously now I cannot do any of that. Just walking and walking everday.

Finally the endless plains have ended. Though they were great for meditating, there was simply a bit too much of that monotonous walk. Today we started climbing a bit. Our albergue tonight is at 1035 m a.s.l. Tomorrow it will be markedly higher. Fortunately sunny weather continues keeping us company along the way. I decided to buy a shaded hat for face protection. 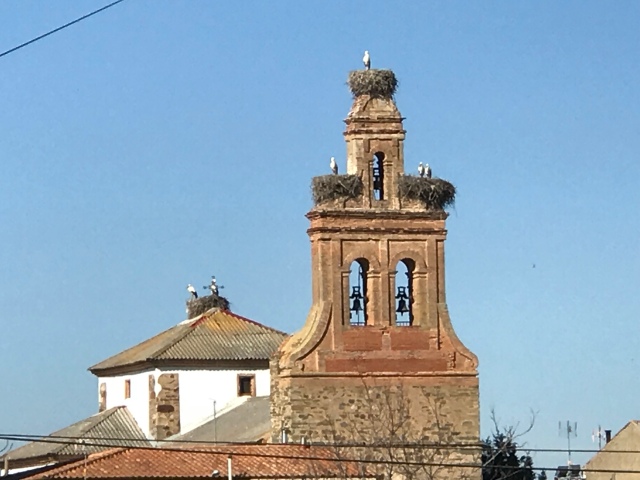 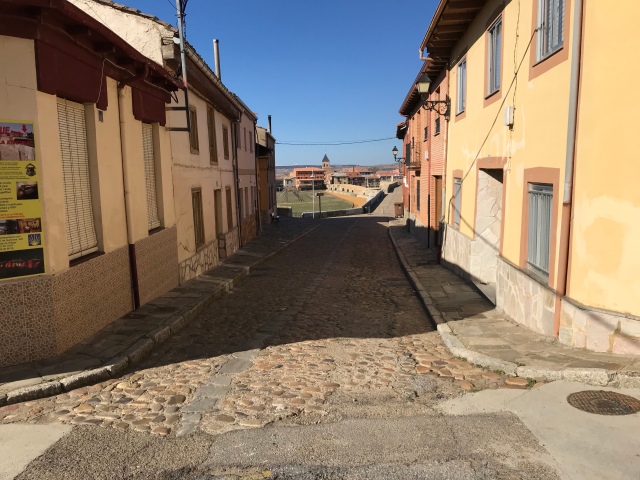 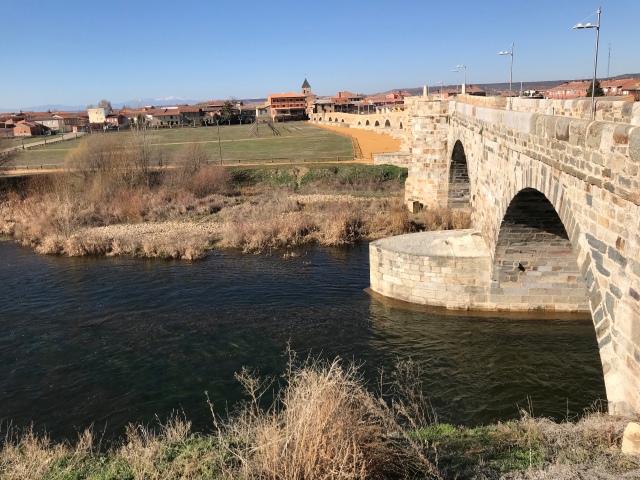 After a longer break some places of interest started appearing along the way again. One of them is the city of Hospital de Órbigo. One of the landmarks there is a big stone bridge, which witnessed the famous knight tournament in 1434. To put myself in the shoes of the knight walking to Santiago then I put my wallking pole forward in a jousting position while crossing the bridge. In the summer months of 1434 a leonese knight, Suero de Quinones, and his companions, would challenge all the crossing knights of their rank to a joust. Record has it they won 300 skrimishes before Suero got killed himself from the hands of one of the knights he had humiliated before. 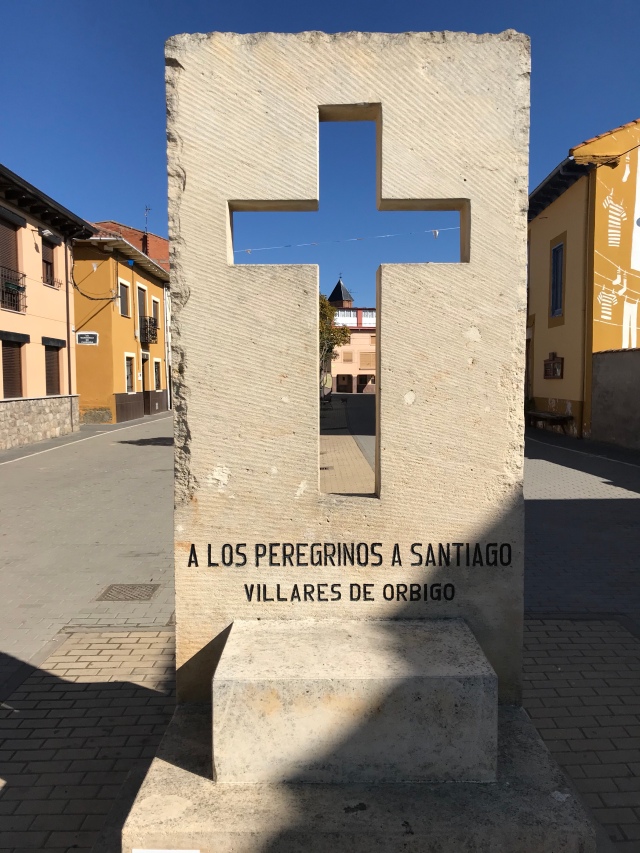 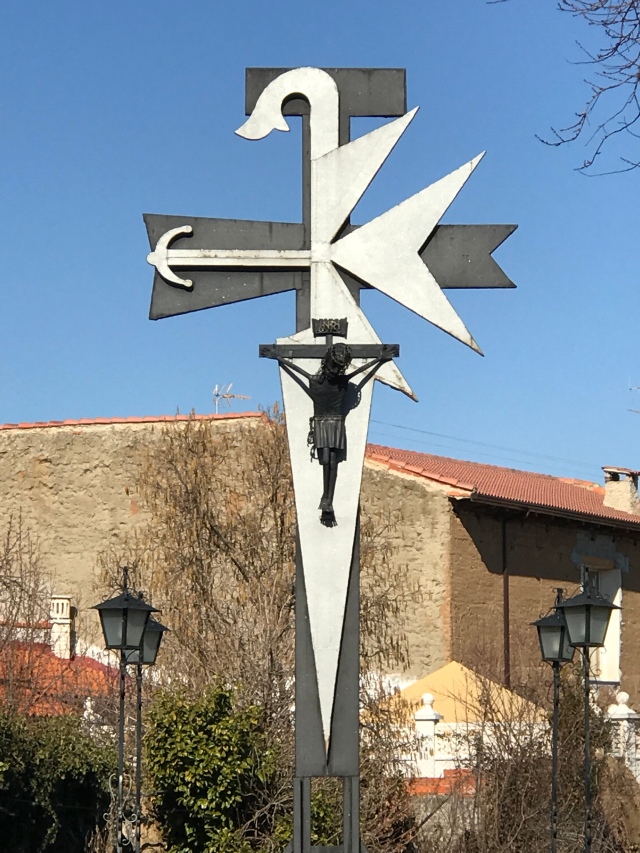 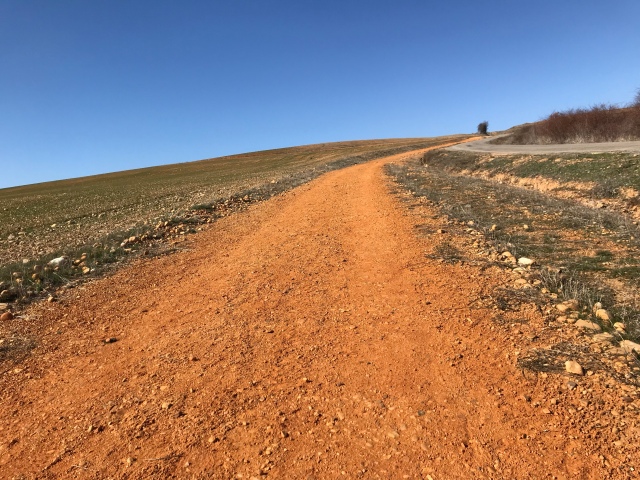 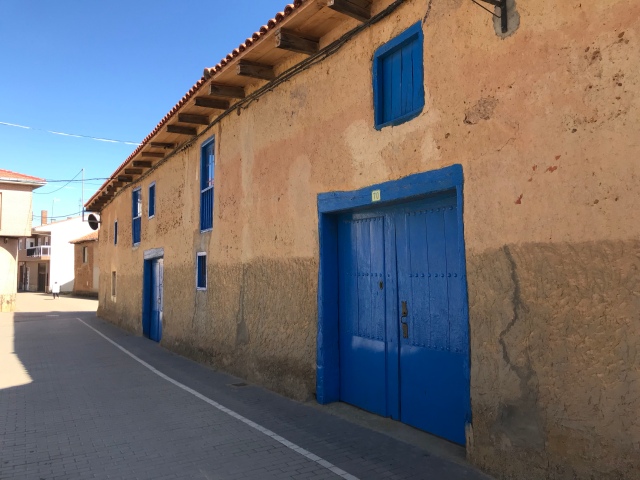 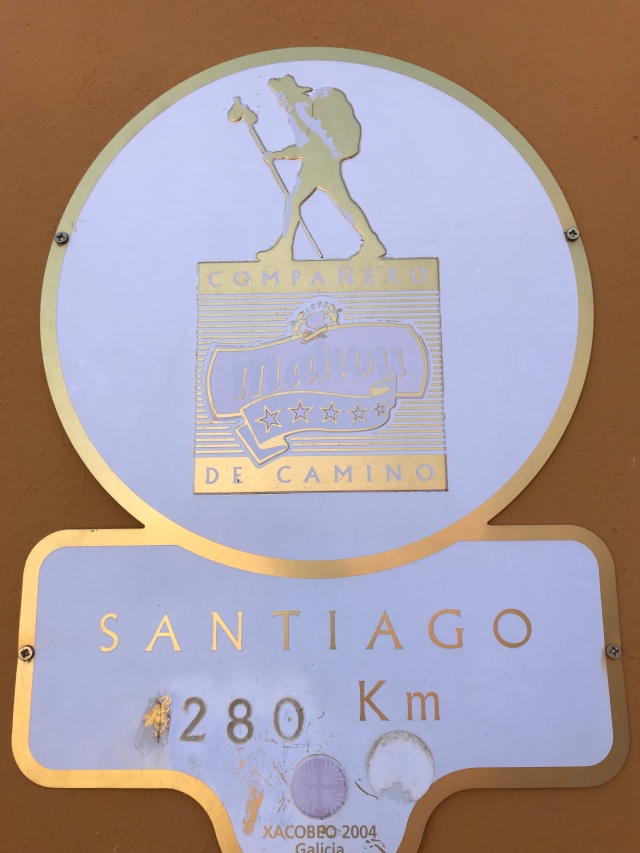 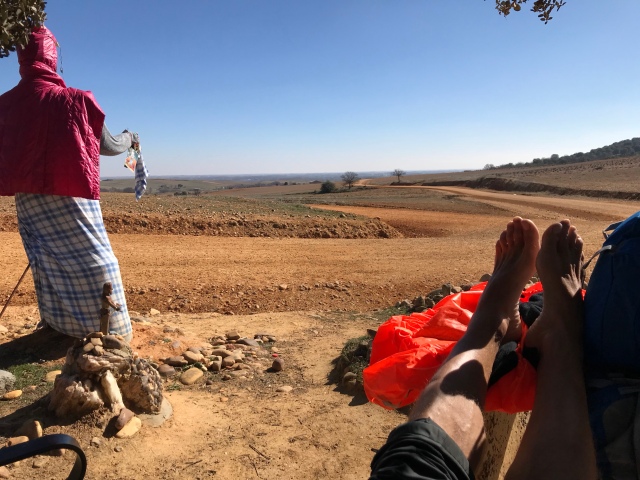 As for my legs they felt pretty strong today. The swelling is mostly gone. I may do some intervals while climbing tomorrow when I get carried away. I miss sports a bit just like a couple of other things. I browse on my phone pictures of the family and friends and sigh.

Today, on my way, I got a call from one of my brokers who, like they usually do, tried to sell me some investment idea. I told him to close down his shop and go on the Camino. The seeds have been sowed. We’ll see.

A few kilometers before the next bigger city, Astorga, I come across a wayside bar and two men inside. The owner of the place asks me where I am from. Being in a jousting mood I challenge him in Spanish to guess. Here is a list of countries I heard: Sweden, USA, Holland, Belgium, Denmark, Belgium, Germany … I had to help him though he prided himself on his ability to guess people’s nationality based on their clothing and accent.
As a side note, it is interesting that usually in such situations people first ask about the nationality and then, if ever, about the name. The nationality stereotype is so engrained in many heads that it almost determines somebody’s identity. 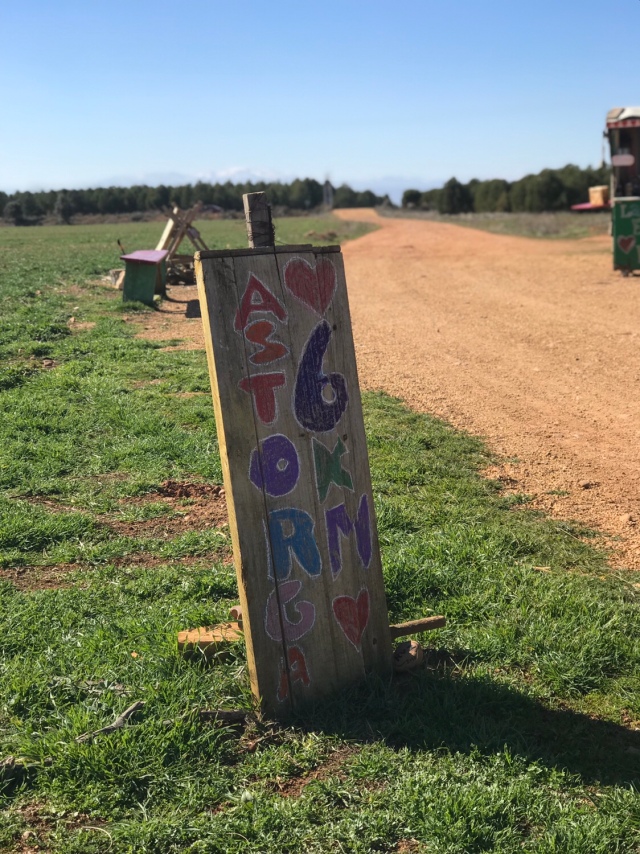 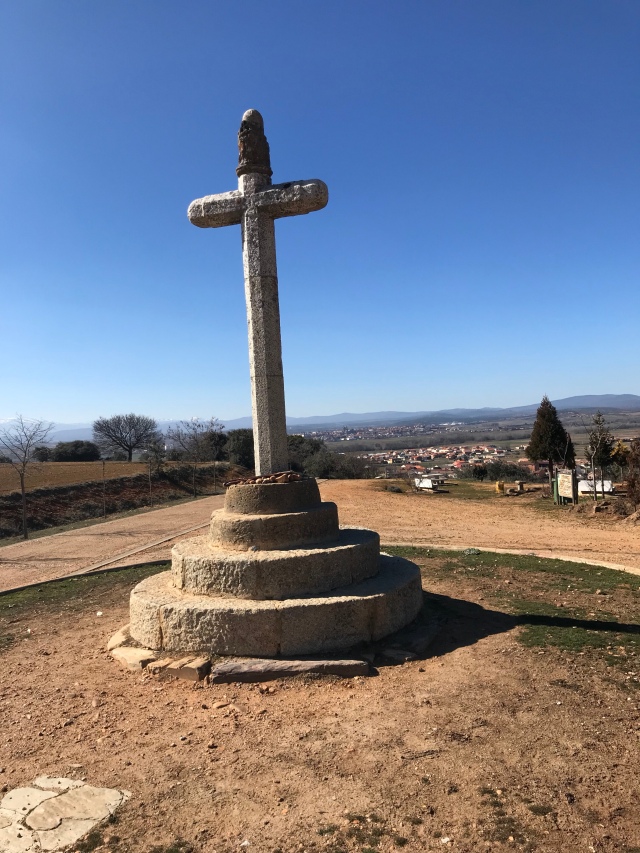 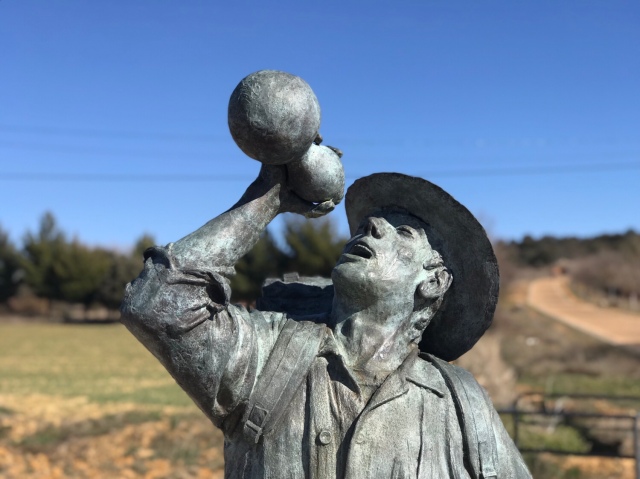 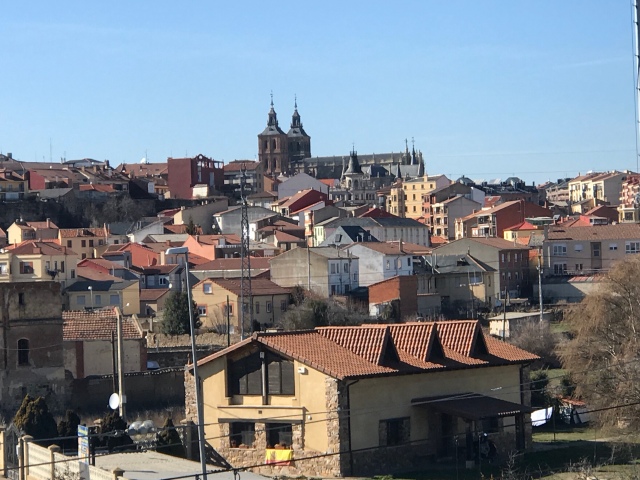 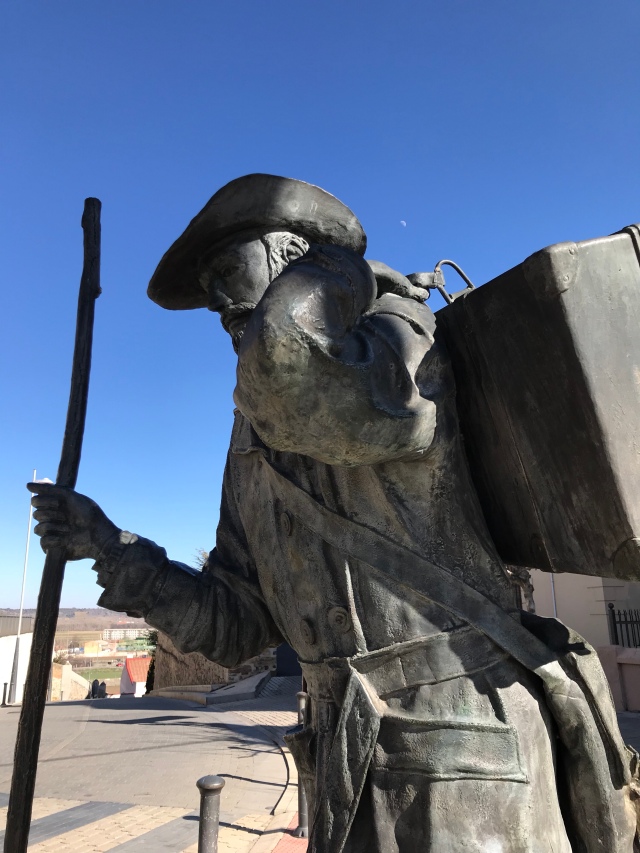 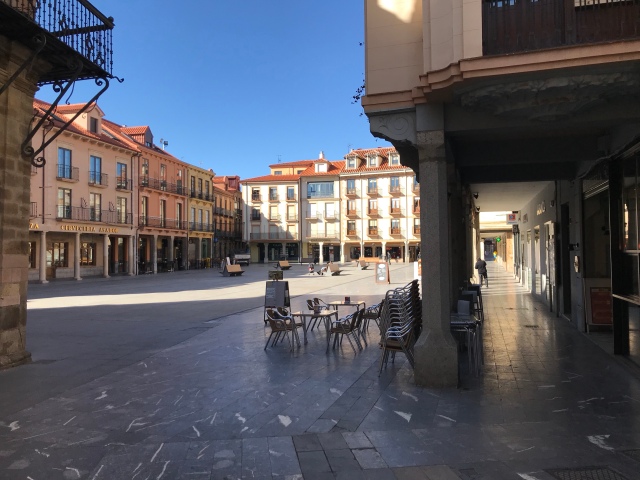 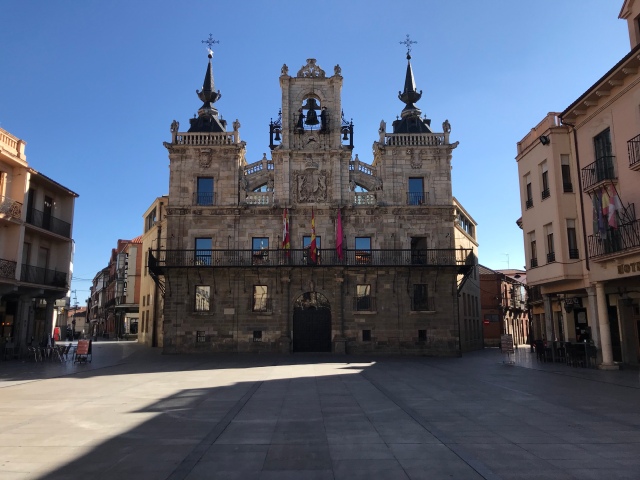 Astorga is another interesting city on our Camino with picturesque plazas and churches. We eat lunch at one of the local restaurants. Though it is a fasting lunch it is delicious. Since we often eat late lunch we often witness an interesting transition at Spanish bars. Once the lunch time is over the places fill with older men who congrate there to play games such as cards or dominoes while conversing loudly. Interestingly, I have not seen them order any drink nor food. 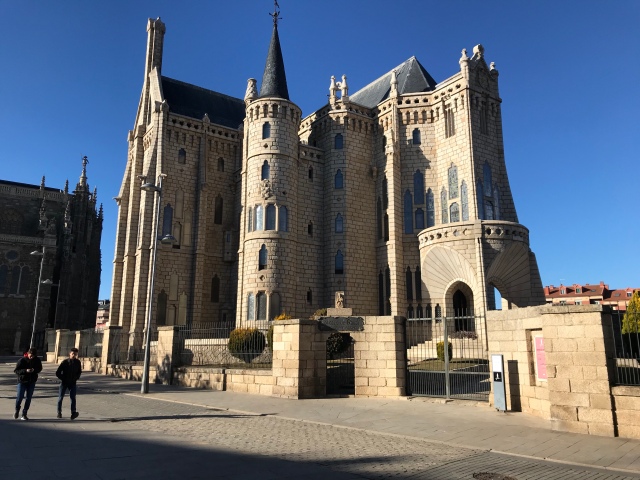 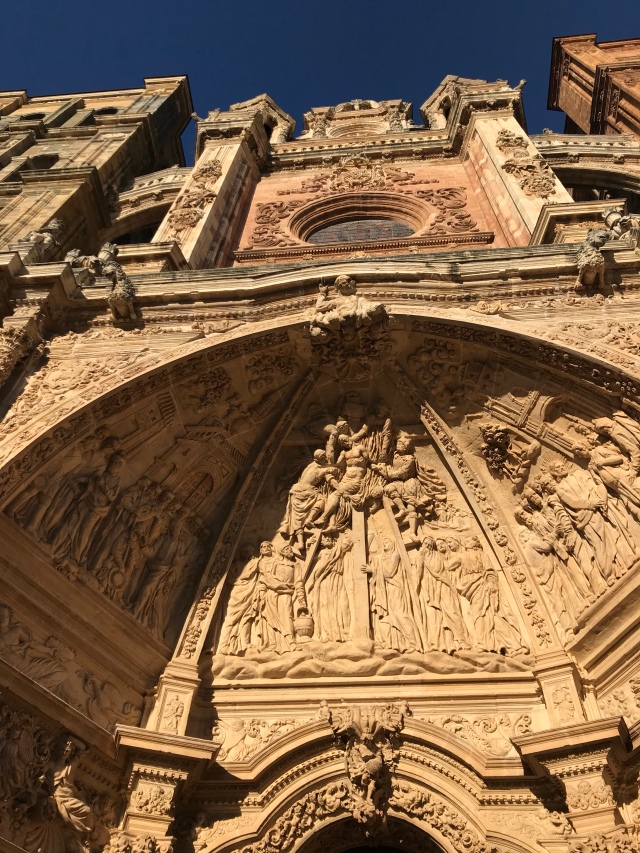 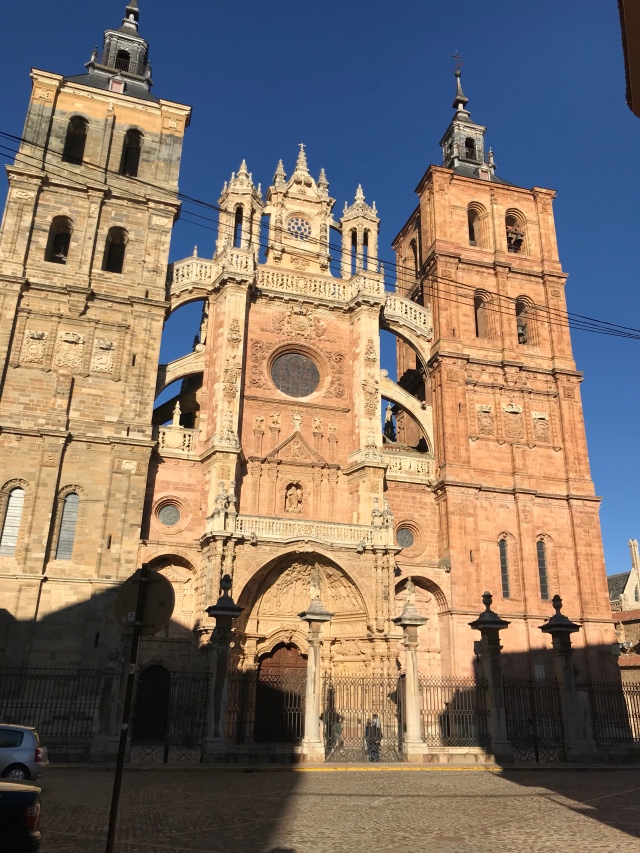 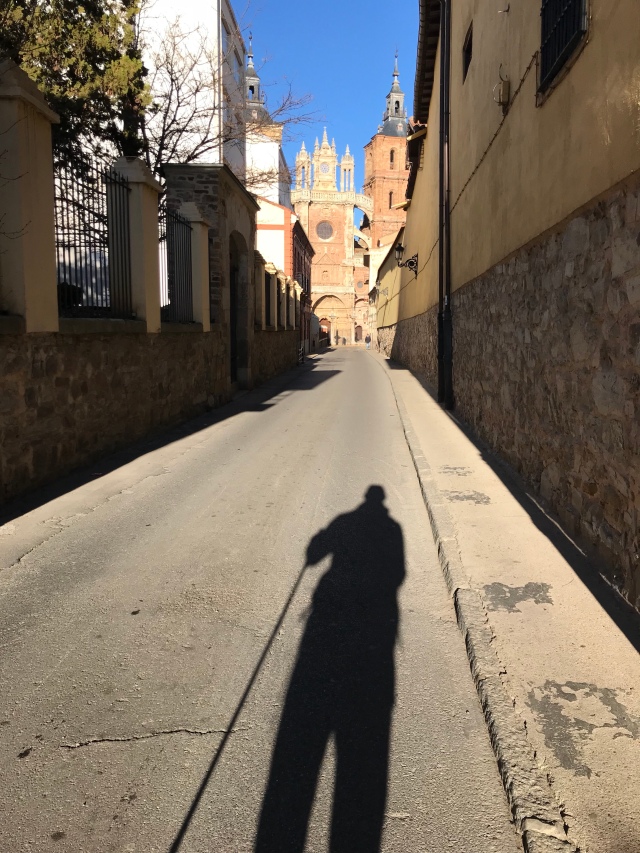 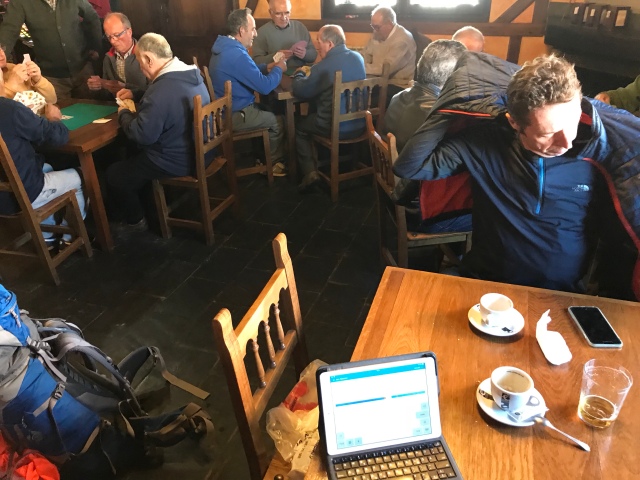 Observing myself and other I increasingly observe a certain pattern. Little things, not the big ones, make us happy the most. The reverse is true as well. Big arguments tend to start with trivial things as well. Those great things or hardships turn out not to have such a great impact on us as we imagined.

They say that size matters. I tend to disagree. It is the little things that matter on both sides of the spectrum.

Our life is made up of little things and of the attitudes we take vis-a-vis them. Another wise though I heard once comes to me head, which is relevant here:

Little, innocent thought may initiate something great or something completely opposite.