Recently I saw an interesting visualization showing how big a country Australia really is. You can fit two Europes, without Scandinavia and the former Soviet Union, in it.

Most of Australia’s population lives on the southern and eastern coast of this biggest island in the world. With such great distances the role of local transportation cannot be underestmiated. Roaming its vast expanses a few things have caught our attention.

Imagine that Australia, which is planning to launch common internet access across the entire country, has several rail gauge standards. Though such things happen between countries due to some strategic and historical legacies, e.g. in Russia, to have such inconsistency in one country is kind of odd.

Where does all this inconsistency come from? Well, it looks like the clash of egos of engineers responsible for building rail infrastructure in different parts (then colonies) of Australia. I asked our friend, Witek, in Brisbane, who works for Queensland Rail, about that. He said the Queensland narrow standard was chosen because of cost saving reasons. Since the engineers could not come to terms instead of cost savings there is some waste going on now. For example the tracks connecting NSW with Queensland have an additional rail to accommodate the two standards.

Maybe that is why apart from regular trains you can see on the road so called road trains, i.e. extremely long semi trucks, pulling as many as seven trailers and weighing up to 200 t! 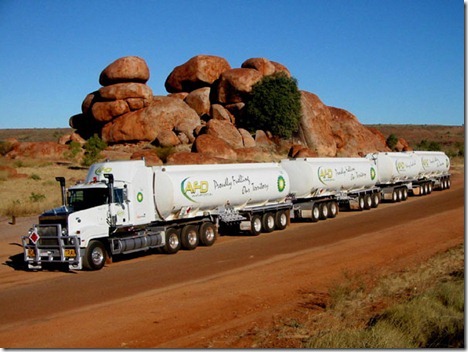 Contrary to the previous story, this Australian peculiarity deserves to be copied all over the world. It is called “Driver Reviver”, and it is all in the name. The DRs are road side places for drivers and passengers to have a rest as well as some free refreshment such as coffee, tea or biscuits. They are served by volunteers and the food and beverages are provided by the companies producing it, e.g. Bushell, Androtti etc.

Driving around the world next to regular traffic signs I often see speed warning signs, ads etc. Nowhere have I seen warnings about the consequences of drivers’ fatigue. Here in Australia they are so common that even if I wanted to fall asleep behind the wheel they will always keep me awake

“Question: What is the flower symbol of Queensland?”

The creativity of the anti-fatigue campaign is amazing! My favorite piece was a series of typical exchanges between children and their parents on a long car journey. 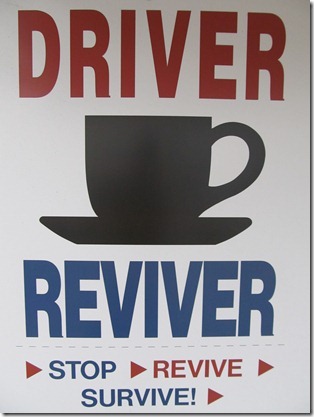 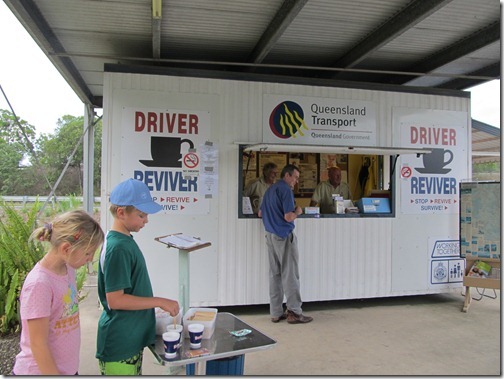 Campervan for a dollar a day

Travelling on a shoestring budget stimulates our creativity in spending money. Somehow long travels and low cost do not sound well in the same sentence. There were times when hitchhiking was popular. Besides, hitching a ride for a 4-person family with plenty of luggage would be difficult. To add to the challenge here in OZ it is boiling hot now and muggy to boot. There are no chickenbuses here that we loved to use to roam Central America. With a bit of flexibility you can rent, though, a campervan for as little as a dollar a day! Typically such a pleasure costs north of $100 a day. However, car rental companies sometimes are interested in relocating some of its fleet to different places. In such cases they not only offer a deep discount but sometimes even reimburse part of the gasoline cost upon presenting the expenses. It is incredible indeed! I do not have to add that it is also a saving on accommodatio unless you insist on sleeping in campervan parks.

To travel like this patience and flexibility is essential. For example you have to be ready for various surprises such as sudden cancellation of your reservation, or wating for your car many hours at the car rental office. 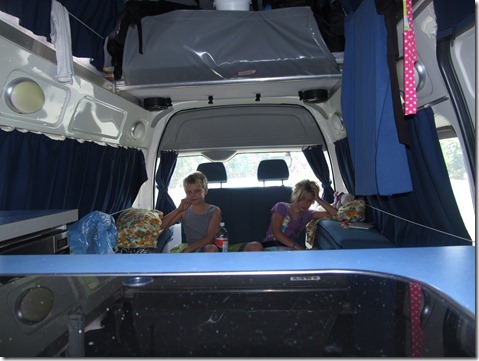 Interestingly, very few of the Aussies we have met, know their country well despite its good transport infrastructure (except inconsistent and expensive rail) and cheap domestic flights.

I have to admit, there are still a few places in Poland I have not visited myself such as Suwałki or Lublin.