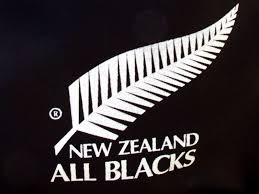 “Everything is possible” is my life motto. Our family sabbatical reflects that spirit. I love stories in which things considered impossible do come true.

Such a story happened to me yesterday. During our flight from Fiji to New Zealand we had some Polish company in the row right behind us. A small group of Polish tourists was just going from a short visit to Fiji back to New Zealand where they came to watch the rugby world cup.

As a side note, I must say that I find rugby very gentleman and engaging. Too bad it is so underappreciated in Poland. Though it is tough, physical game (also played by women) the mutual respect among the players from opposing teams is unique. The same is true with the respect for the referee, whose decisions are never questioned, as is often the case in football. I could go on and on with my digresion about my admiration of the game, yet time is running out

Back to new friends from Poland, namely from Lodz, it turned out they were former rugby players. During our conversation they mentioned they had an extra ticket for a blockbuster game that evening between the host-team, New Zealand and France. To rugby buffs I do not have to explain the weight of such an encounter. To laypeople let me just compare it to a match between Brazil and Germany during a football world cup. Rugby is a very popular sport with tv audience smaller only than the footbal world cup and the olympic games.

Learning about a free ticket I thought it would be great to watch such a game live. Upon arrival in Auckland, New Zealand, and renting a car, instead of driving north of New Zealand we looked for a campground in the city so that I could take advantage of this great opportunity. With some determination and creativity I did it. After 40 km train ride to the city center, followed by 6 km on a empty bus going back to the base, which miracuIeously I managed to stop and the final 2 km running I got to the stadium at Eden Park. Unfortunately I missed the haka, the famous warrior dance performed before every game by All Blacks (NZ national rugby team).

Though I did not have the ticket to the game on the train ( I would get it from Bartek near the stadium entrance), I managed to convince the conductor to let me have a free ride.

Again “Everything is possible” was the case. Interestingly, Bartek was wearing the same inscription on his T-shirt.

Bartek, Piotrek, Stasiek, Michał, Jacek and the anonymous who could not show up at the game, thanks to whome I could watch oit myself – Many Thanks!

I hope to be able to reciprocate your great generosity after coming back to Poland.

I am also glad one of the key restaurant brands my company, AmRest, runs in many countries, KFC, supports Polish national rugby team.