Our travels around Central America are full of adventures, some of which we post on this blog. Today a few facts about local currencies.

It is striking how many things the 5 countries of Central America (C.A.) have in common. They include the obvious ones such as Spanish, which though somewhat different in accents and some phrases, is basically the same everywhere. Interestingly the flags of all nations have many things in common as well, like the colors or in some cases references to all five countries in C.A. This is the legacy of the union that bound those regions before they started gaining independence at the beginning of the XIX century. In all countries they also put on the license plates, along with the country name, the term, Centro America or just C.A. 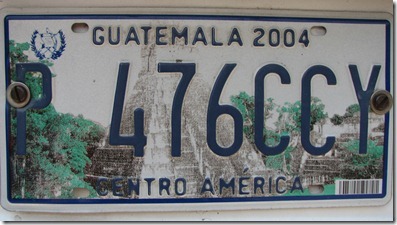 Having said that the local currencies remain different. We have found them to be quite intriguing. After years of high inflation the exchange rates to USD have remained stable for quite some time. Though it was unplanned each following country we have visited so far (we have no plans to visit El Salvador this time”) has had its currency every stronger to USD starting with as many as 500 colones in Costa Rica to just 7 quetzales in Guatemala for 1 USD.
Changing currencies in C.A. is very easy and is done from hand to hand mostly while crossing the border or in the streets of bigger cities. The rate is usually stable regardless where the money is exchanged. If you happen to have surplus of cash from the country you are leaving there is not problem changing it to USD or the currency of the next country at the border. In fact the whole process is so easy that even kids can do it. Check out the below video.

Currency changing is a great application of maths in practice for the kids and has become a second nature for all of us, especially Wojtus.

. For example the currency of Honduras, Lempira, named after a local, Indian warrior (his face is on the 1 Lemipra bill) has been renamed by us to a “vampire”

. Ania liked the Nicaraguan cordoba so much that she has a tendency to call all the C.A. currencies as cordobas.

The Guatemala Quetzal, another colorful currency, is named after enchanting bird by the same name, which is also the symbol of Guatemala (see the picture below).

This bird with heavenly colorful plummage is regarded as the symbol of beauty and freedom. According to the pre-colombian legends, if it is caught and put in a cage, its heart will soon stop beating. For this reason when it it hunted it is usually released after plucking a few beautiful feathers, which used to adorn the rulers and noblemen in the past. 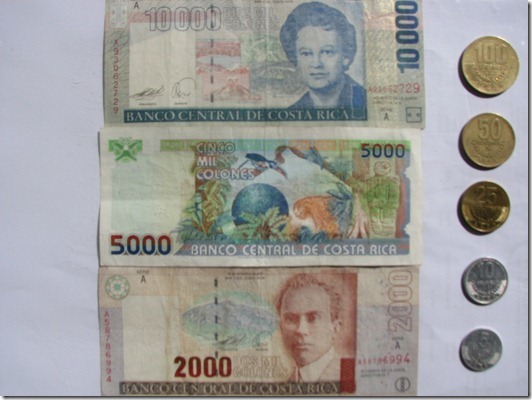 In some countries like Honduras coins are sparsely used. Therefore the “one-vampire” bills tend to be pretty well worn out.

When you come to Central America there is no need to bring plenty of cash. The network of ATMs is well developed, even in smaller cities. Some of them even dispense US dollars.